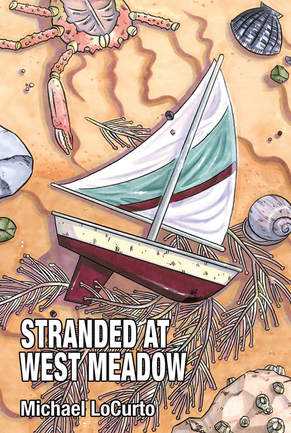 Mitchell Sperruzzi and Connor Cobb, two 20-somethings both a year away from their college graduations, traverse Long Island’s North Shore the Friday before Labor Day. On their drive, the two mull over local urban legends and conspiracy theories tempered with an overall post-pubescent 20-something pre-millennial fueled angst. When the two finally motor on out of the winding hills of the North Shore and reach the beach—walking the length of the rocky shoreline—a sailboat washes ashore with its captain sloppy and drunk and high, and the boys uncover a new mystery forcing them to look inward and judge themselves for once. Questioning their young lives and their young decisions, no matter how small or grand, made in their teens and in their 20s, will shape the entirety of their adult lives. 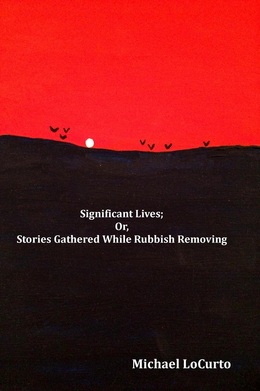 Three months of nothing ’til he becomes a Garbage Man. Well, a Rubbish Remover, to be more exact. A high-end all-inclusive estate/apartment/house cleanout service in the 5-boros of New York City where Mitchell’s knee-deep uncovering secrets of those who have lived—those who have made it—and those who have hoarded themselves in the greatest City in the Modern World—all the while befriending Pawn Brokers, Scrap Dealers, and anyone willing to buy an antique or two or some brass or some copper or some anything worth anything at all.

Significant Lives is a slice-of-life thrill taking the reader alongside Mitchell and his co-workers—taking the trip right on in the small dump-truck with the boys—as Mitchell not only uncovers of the significance of the lives of those who owned the homes he cleans out—but Mitchell also uncovers the significance of his own life, no matter how small, in such a large city.


Available via Amazon.com, and other fine booksellers Wednesday, September 16, 2015.

To Sea, by Michael LoCurto 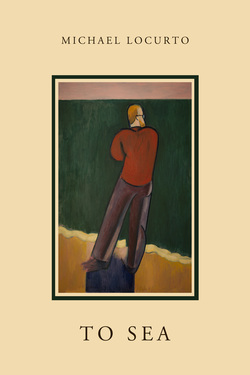 Available for Purchase in Paperback and Kindle-Edition Via Amazon.com

The sea is dead—fishless—and Long Island fisherman Jon Brand is to blame.  With his greed of overfishing for years—he is surely the cause of the current famine.  According to Jon Brand, that is.

Elea, Jon’s wife, sees things differently.  An oceans-worth of famine cannot be pinned down on one man alone.  And she wishes Jon would man-up and find work inland if the sea can no longer provide for the family.

But Jon has faith in the sea.  His sea.  And he cannot simply turn his back on Her.

To Sea explores numerous beaches spanning across the Island where Jon seeks the answers of his fate—of his dry ocean—of his God.  But the sea is silent.  Time after time.  Visit after visit.  And with each trip to a differing shoreline passing, Jon finds himself closer and closer to a life changing revelation: To land, or, to sea.

Available via Amazon.com, and other fine booksellers Sunday, January 27th, 2013.